Protection principle distinguish three fuses:
1. Current Insurance and self-recovery fuse, which protects the current in the circuit, it is also known as overcurrent protection devices,
Difference between the two:Traditional fuse overcurrent protection, protection only once, blown in need of replacement,And since the resumption of fuses with the flow overheating protection, automatic recovery dual function.
2. The thermal fuse is in product design, overheating protection element heating element, also referred to as thermal fuseal fuse

my company am now on the specific features and parameters for the three points off the fuse will be:

2, the role of over-current protection fuse is:
When a circuit failure or abnormal,With the current rising,And increased current circuit may damage some important devices or expensive devices,There may even cause a fire burned circuit. fuse will be in the current abnormally elevated to a certain height and heat of the moment, Self-fusing current is cut off, And thus play a role in protecting the safe operation of the circuit, To avoid a variety of security risks. 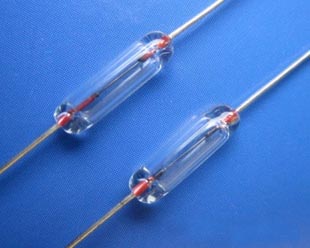 2, since the resumption of fuses to protect the principle of selection:

3, resettable fuse action principle:
When the line short circuit or overload, Flows through the heat recovery from high-current fuse the polymer produced by polymerization of the resin melt, Bulk increased rapidly, forming a high-impedance state (B), Current operating current will decrease rapidly, Thus limiting and protection circuits. When troubleshooting, Circuit current is back to normal after, Resettable fuse again cooling and crystallization, Volume shrinkage, the conductive particles form a conductive path, Polymer reverts to a low resistance state, Product return to normal working condition.
And completion of the entire work over the circuit protection, without artificial replacement. As long as the heat generated by the applied current is higher than the PPTC element gives off heat, Polymer will change in the state have always been in the operating state (high impedance). When current is applied disappear, Resettable fuse can be automatically returned to power. 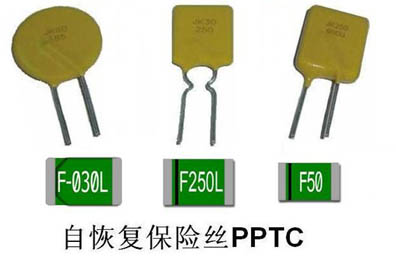 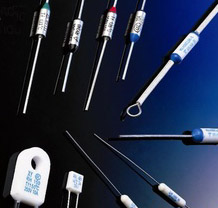 Thermal fuse image
to sum up:
Three kinds of fuses are specifically works with different uses, In a variety of circuit protection design has its own strengths and weaknesses. Dongguan Yaxun long-term commitment of various electronic components electronic product development and research protection. Welcome customers to inquire, I will give you a reasonable product recommendations.
Share:
PREV：The difference between fast down fuse and slow down fuse?
NEXT：Electronic protection element of Classification and working principle