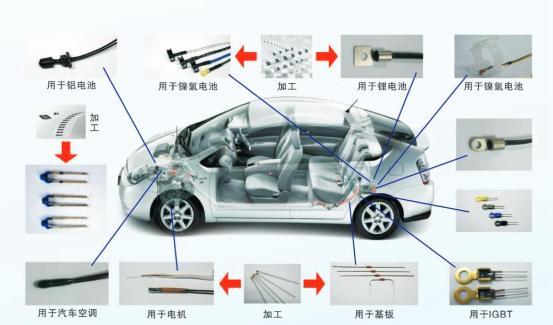 Various electronic protection element working principle:
1, the general fuse (current fuse):
Fuse from the relatively large resistivity and low melting point of silver and copper alloy wire made of. Fuse are also known as fuses, IEC127 standard it is defined as "fuse (fuse-link)". It is a kind of installation in the circuit, To ensure the safe operation of electrical components circuit.
When the circuit failure or abnormal, With the current rising, And the rise of the current may damage the circuit in some important devices or expensive devices, Also may burn the circuit or even cause a fire. Silver-copper alloy fuses will be abnormal in the current rise to a certain height and heat of the time, Its own fuse cut off current, Thus play the role of protecting the safe operation of the circuit. Current fuse can only work once, Fuse after the fuse can not work, So the circuit will stop working, The need to manually replace the fuse.

4, car fuse
In the structure, the general car fuse using the chip design, Fuse with engineering plastic shell, Wrapped with zinc or copper melt structure, Metal melt and pin connection. Automotive inserts fuse specifications are generally 2A to 200A, The ampere value is indicated at the top of the fuse. Car fuse can only be a normal protection, After the product is blown, the product must be replaced.