What is a thermal fuse?

The thermal fuse is also called a Temperature Fuse, which is a new type of electrical overheat protection component. Such components are typically installed in heat-generating appliances. Once the appliance fails to heat up, when the temperature exceeds the abnormal temperature, the temperature fuse will automatically blow, cut off the power supply, and prevent the electrical appliance from causing fire. In recent years, all household appliances that use heat as their main function, such as rice cookers, electric irons, electric stoves, etc., have installed thermal fuses. The temperature fuse can cut off the power supply in time when the internal parts of the machine fail, to prevent further damage of the electrical appliance, and to prevent the fire caused thereby.


The temperature fuse is the same as the fuse we are familiar with. It usually acts as a path for the power supply on the circuit. If it does not exceed its rating during use, it will not blow and will have no effect on the circuit. It only blows off the power circuit when the appliance malfunctions and generates an abnormal temperature. This is different from the fuse, which is blown by the heat generated when the circuit exceeds the rated current. 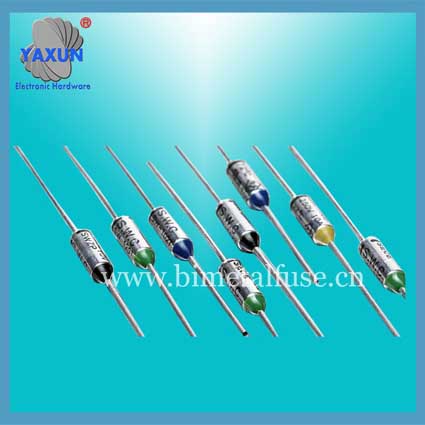